I’ve been away from the blog and not posting for most of the summer.  There were two main reasons for that – the kiddos ball season and our vacations.

We were pretty busy running the kiddos around and watching games, but that’s not the real reason I didn’t post anything during ball season.  You see, I got this ‘great’ idea to use my time sitting at the games to draw people since it’s an area I need to work on.  Unfortunately, when you try to learn something new sometime your initial efforts stink.  Mine did,  definitely not fit for public viewing.  I should have realized, kids playing ball move–a lot.  I was reduced to doing composites of players, blah.  Then I tried doing gesture drawings.  I love looking at gesture drawings in books, the lovely flowing lines, rhythm.  Mine looked like preschool scribbles.  Still, I struggled on and here are some of the ones that are ‘public viewable’.  One small problem with them is that they are all graphite and my scanner hates that and barely shows the image.  I tweaked them to show up on the screen but I prefer the softer look of the originals.

The first is of R1 umpiring a game, ’bout time I put it up since my sketch of R2 umping has been up for months. 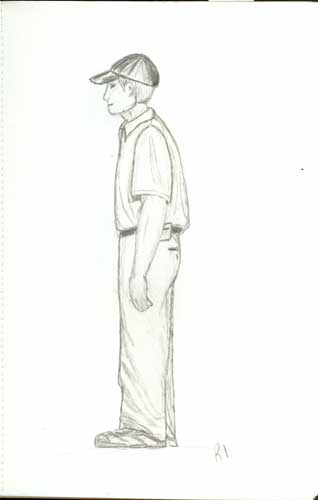 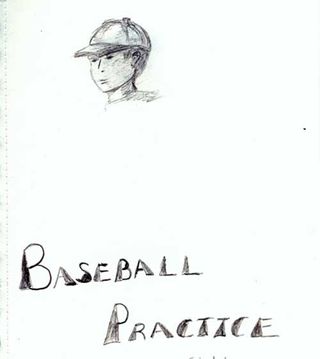 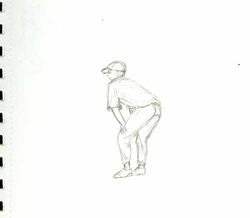 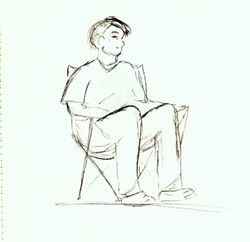 Then there were gesture sketches and if I got bored I always had my feet……. 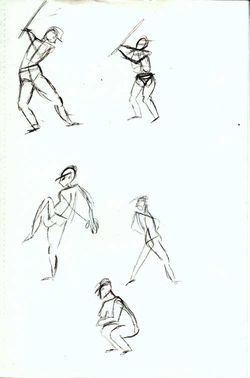 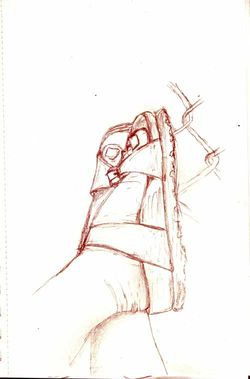 I did get in a few color sketches like this one.It was done while hiding under a picnic shelter waiting for the game to be cancelled…. 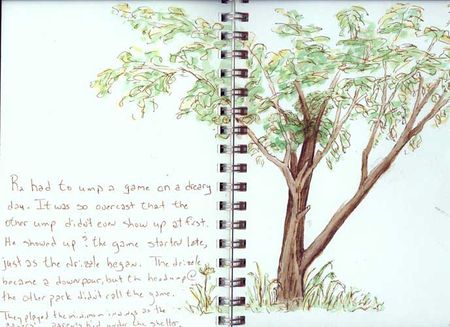