I had some much needed laughs after seeing the little videos R4 had made on his iPod of the Bunny Adventures. Last night and this morning had been pretty emotional as we prepared victim statements for and then attended the sentencing of the young man who hit the boy’s car last year. Finally the criminal case is over, no more dredging up painful memories. The young man was sentenced to two five year terms in prison to be served concurrently. After serving 120 days with good behavior he will be released on probation. The defence attorney showed pictures of the car our boys had been in. More than ever, I am convinced that the kiddos only survived through Divine intervention, with God’s hand resting protectively above them as the truck drove over and off their car and heads. 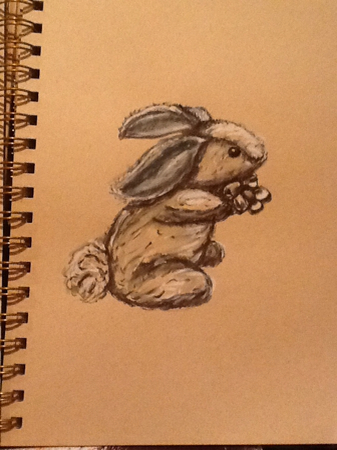