I had a mini-brain melt and missed the deadline for the second MSP for April, and it was to be from one of my photos, ACCKKK!! ( I really wish Typepad would figure out a way to use emoticons)  Anyway, in my fuzzy brain I thought I had till the end of the month to draw the macaws.  Big surprise when I checked in to see what was up with the Ning group and if we had to change anything about where to post to and found Mr. Linky was closed.  One of these days I'm actually going to get organized and put deadlines on my calendar, then I'll have to make reminders to check the calendar, and post-its to look at the reminders, and tie a string on my finger to remember to dig up the post-its, and……..  Maybe I should just accept the fact that I'm forgetful, eh?  To make a long story short, here are the macaws— 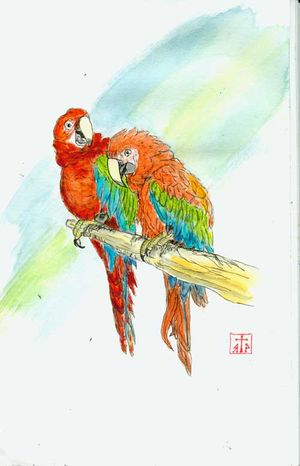 I managed to do both subjects for this month’s sketch project.  This is based on the photo sent in by  Martine. 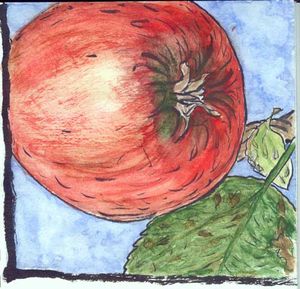 The Monthly Sketch Project for April is a photo I took at the zoo of a Japanese lantern and submitted to the group.  I wasn’t so thrilled with my first attempt, 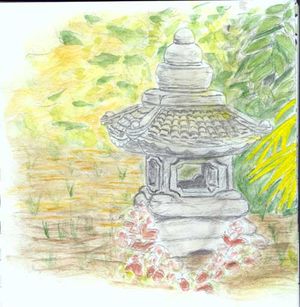 So I grabbed my brush pen and tried to go for a bit looser look, 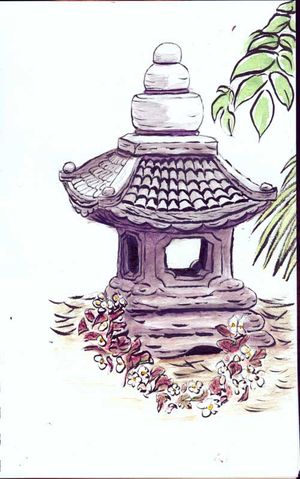 My Lenten Journal is finally finished.  After 40+ days of drawing and posting, it felt weird to have the night off yesterday.  I took the time to add some finishing touches to the Lenten Journal’s  cover.  I made this and some journals for the kiddos using the 7 Gypsies Binderie Punch and rings.  I wanted something I could add pages to as I went so I could work on whatever paper struck my fancy on a particular day. It worked well for that but if I was making a sketchbook I would definitely not use this system.  The punch was supposed to be able to drill through bookboard, it was barely able to go through my naked Davey’s board.  Once I had added paper to both sides and ModgePodged it, the thing was too thick to fit into the Binderie punch.  I had to hand punch the covers for all the journals.  The Binderie punch was great at punching the interior pages without having to plan or measure where the holes would be- very fast.  Unfortunately for a sketchbook, the ring system allows the pages to move about and slide against each other too much for my taste.  If I were to make drawings in pastel or soft pencil they would end up all smudgy before I could get home and spray them with fixative.  This is why I would never make a sketchbook with the Binderie system.  Luckily, all the Lenten drawings were done at home and I could put several coats of fixative on them before adding them into the journal.  I also added ribbons to the rings when I was finished with the book. Not only did this cover up the bare, ugly, utilitarian rings- but it also stopped the pages from shifting so much. 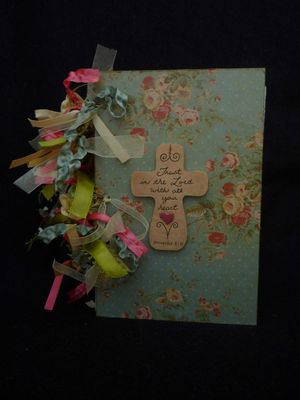 I really enjoyed doing this series and it has definitely been a blessing to me.  I had my doubts about whether I could draw and post for daily for this long.  I surprised myself by not missing any days.  It wasn’t easy and some posts were made at 3 AM but with a good dose of help from above, I made it.  YIPEEEE!!!! 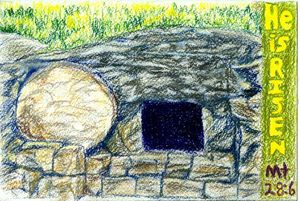 Behold the Lamb of God, which taketh away the sin of the world.   John 1:29 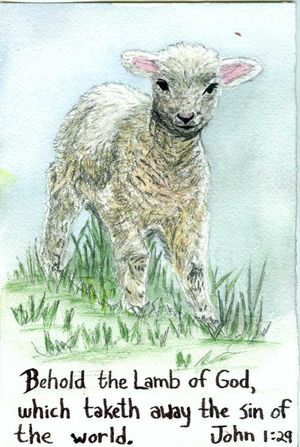 It has been a long day and my brain is mush, so this is just a quickie drawing for tonight.  Hopefully, I won’t be so zombiefied tomorrow and can do a real drawing. 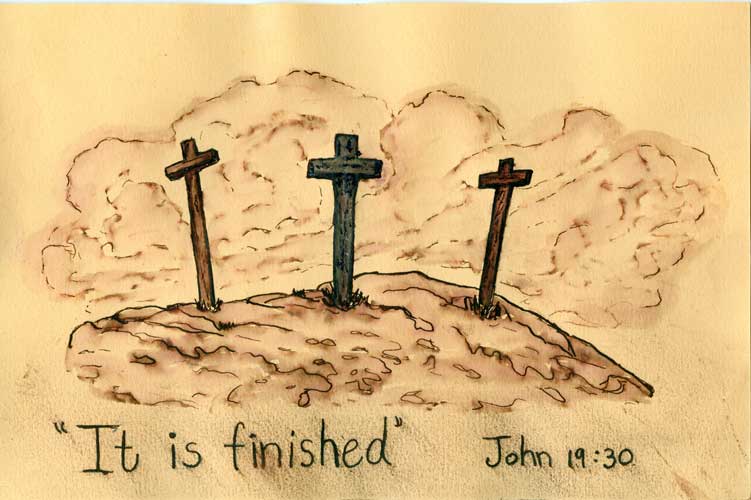 Then Peter remembered the word Jesus had spoken: “Before the rooster crows, you will disown me three times.” And he went outside and wept bitterly.      Matthew 26:75 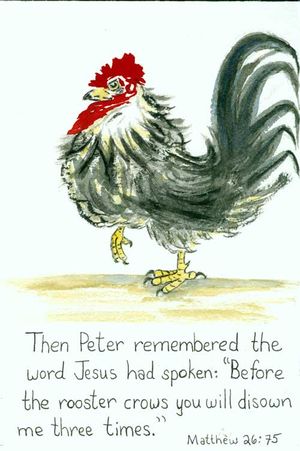 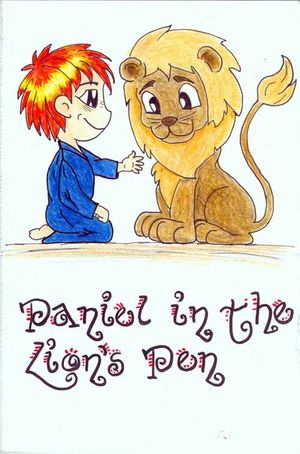