Every now and then a drawing goes wonky—  So for today, a wonky monkey!!  This is a little monkey plush with built in speakers in his headphones for plugging in an MP3 player.  It hangs on R4's bedpost for him to grab and listen to music at night.  It was really weird drawing this hanging by it's headphone strap from the lamp on my desk!! 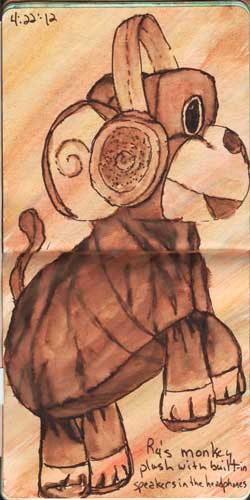 I borrowed DH’s power drill for my drawing today…

I decided to try something different for today and sketch one of the kiddos.  Originally I was going to draw R3 but she didn’t like that idea and ran off upstairs.  R4 is such a good sport and a big ham for the camera, so it wasn’t a surprise that he volunteered to model for me.  He watched a movie and let me draw away.  He liked the finished sketch but gave me some suggestions on touching up his hair. 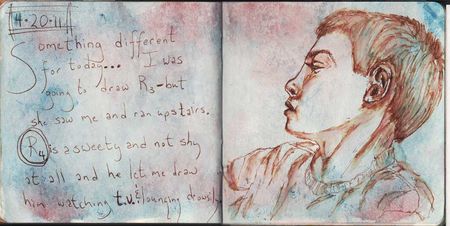 Only five more days left of 75 Days of Ink Drawings!!!

When each of the children were born, an angel in our church in the guise of an elderly gentleman gifted them with a personalized wooden angel like this one.  That was so sweet and they are all special keepsakes for the lucky families in our church.

The first assignment for the Imaginary Trip to the Garden class by Laure Ferlita– violet wood sorrels. 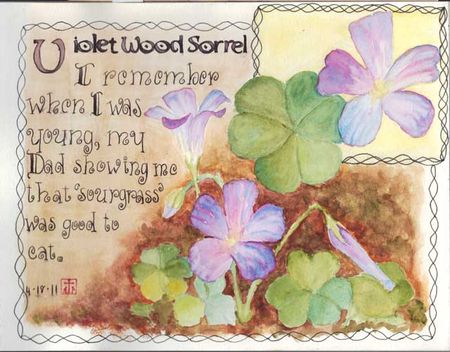 The gang was waiting on me to watch a movie, so this was a foot at warp speed, LOL!! 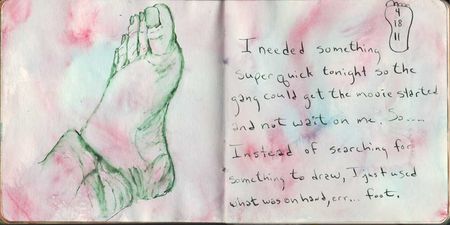 Playing around with a different background wash and subject for todays direct ink drawing, only eight more days left!!!  The photo for this was from Laure Ferlita’s class, Imaginary Garden Visit.  I planned to use it as a warmup for my class page, but time ran out and dinner with the family came first….. 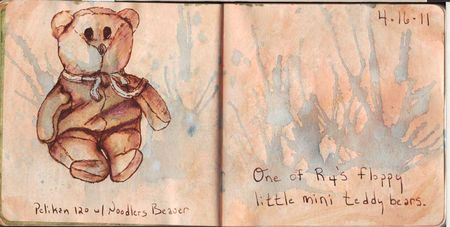 I got this little handthrown mug at the first Stitches Convention that I attended. Only 10 more days left in the 75 Day Direct Ink Sketch Challenge!! 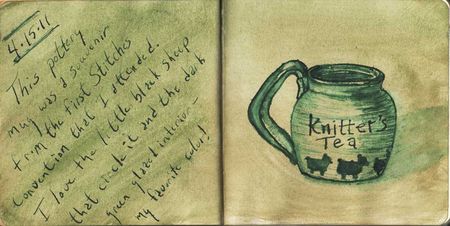 It’s amazing the things that end up sitting on our kitchen counter….